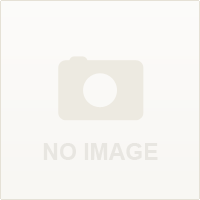 Fatima College, Madurai has announced an Art competition for the talented students in photography, Short film, and Ad production domain.BSEpic proudly announced to have taken the JURY role in that Youth and Media Literacy competition. Bringing up the new talent in photography, Short films and Ad production to the artistic world. The competition truly meant for exploring each participant talent in front of the people. Mr.Prithvi Moses, Creative head in the photography field, had been one among the jury panel on behalf of BSEpic. Moreover, the Art Competition, the place of discovering talent, has considered the best platform to the budding students who willing to express their talent.

The competition has been taken place at Fatima College, Madurai, on 6th February 2018 between 9 am – 3 pm. Students with every department, any background, with any level of experience are welcomed to participate in the single platform to show their talent. Furthermore, the competition has been conducted to give the opportunity for budding talented people to showcase their artistic work before the creative team. It has become the true uplifting platform for the people whose passion is filming. Nearly 20 students were participated and made the competition more interested. In the competition, 4 ad- production and above 20 Short films were projected with different beautiful themes. This contest has been considered as the best knowledge gaining platform for the Youth to mould their talents.

Several Students were participated in order to display their excellence in media literacy to the Experts and grab the winning trophy. Each participant stands with their originality and uniqueness. Never found boring or replicative students. It truly became the challenging job for the juries to choose the best out of the super talented. Each expert analysed every participant’s talent and level of excellence to select the winners. After a long deep discussion, Juries were selected top 3 students and announced as the Winners of the Youth and Media Literacy competition. The winners have been rewarded with the Winning Shields. As the reward of respect, Prithvi has been given a Memento from the management.